Thanks for your responses! What does a US citizen look like? Funny how the people who read my blog could surmise that the answers were not easy to guess. Although race, age and gender don’t reveal who is an immigrant, in our daily interactions sometimes we believe we can guess where someone is from by the color of their skin. Also I may think that someone who speaks a world language other than English as their first language in the United States is an immigrant. However, the Census Bureau published a study that says that one out of five people in the US speaks a language other than English at home!

Scroll down for the answers and detailed information on each participant: 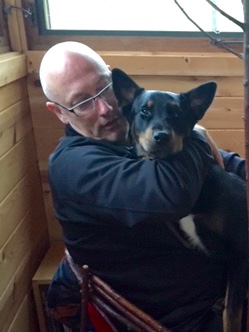 Which of these people are immigrants to the United States? (From Part I) B. Jill and D. Nic. Which are citizens? A. Stephany, B. Jill, and C. Diego. Which are both? Only Jill!

1. Who has lived as a Permanent Resident in the US? B. Jill and D. Nic. She is from Canada and he from England (the United Kingdom)

5. Who moved to the US and lived without a Permanent Resident card in the 1960s? B. Jill, no “Green card” was necessary for a Canadian citizen to live in the United States in the 60s.

Any surprises? I’ve made my fair share of mistakes, even gathering this information. Thank you friends, for humoring my questions. I’ll admit I knew Stephany moved from Mexico to Illinois in elementary school, but I hadn’t realized she was born in Illinois. I knew she was a US citizen, but I didn’t know she was one since birth. (Pardon me, friend.) As for Jill, I thought it was interesting how the laws changed over time and only the second time she moved to the US, did she need a Permanent Resident card. When we speak together, her English is accented with the round vowels in words like “about” frequent in Canadian English speakers.

I remember meeting Diego for the first time in a Spanish Conversation Group and asking him where he was from. (Pardon me, friend.) He was very gracious at the question, and replied a wry, “Soy de Tejas.” (I’m from Texas.) I am envious that both he and Stephany are completely bilingual in Spanish and English. In my mind, being bilingual is a coveted prize like winning the lottery. When Nic speaks his British English it often (always?) sparks the response “Where are you from?” He is compelled to entertain that insatiable curiosity about origins that we have in the United States. As he likes to say, “Everyone has an accent!” Thank you for your time, friends, and for sharing your stories.

I would love to hear your opinions about these questions and answers!

7 thoughts on “Where are you from? Part II”

Great Blue Herons: A study in patience and grace

Don't think It Can't Happen To You ~

Blog on the Hyphen

A focus on Latinx arts, culture, and events

A Journey of Spiritual Significance

My rocks are the memories from different adventures. I thought I would just leave this bag here.