Day of the Dead, Día de los Muertos, is a holiday that is gaining popularity in the United States. In honor of this celebration of those who have passed on, in our home I make displays dedicated to deceased family members, see this post for examples. Outside in the front yard, I make an art installation of gravestones. Every year for over a decade, I hand pick 10-15 men and women I admire for their lives of service to others. I scour newspapers and online sources, and make a list. Narrowing down the candidates from thousands to a dozen or so is tricky; once I have selected them I make gravestones using paperboard and a Sharpie®.

The 14 remarkable people from around the world who passed away this year I chose for the 2019 cemetary are: 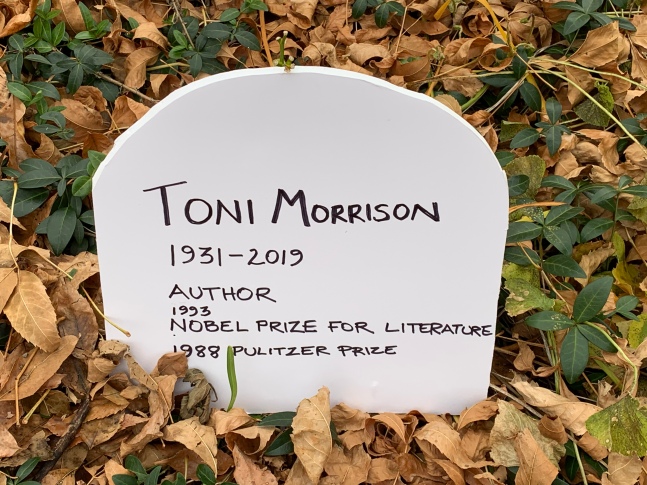 2. Elijah Cummings was a long time Representative in the US House of Representatives for the 7th District of Maryland, 1996-2019. Mr. Cummings began his tenure of public service with fourteen years in the Maryland House of Delegates. There he was the Maryland Legislative Black Caucus Chairman. He was the first African American in Maryland history named Speaker Pro Tem, which is the second-highest position in the House of Delegates. Mr. Cummings focused on education, a clean environment, health care and well paying jobs in his legislation. 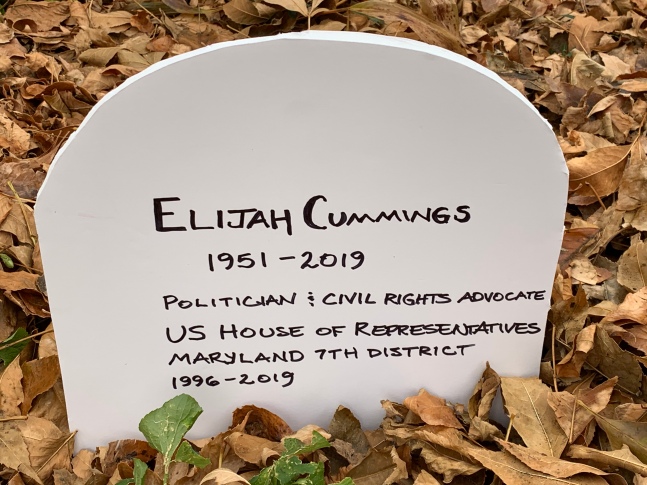 3. Fleming Begaye was one of a very select group of Marines who served in World War II in the Pacific; the Navajo Code Talkers. They used Navajo vocabulary to relay key tactical information to the Allied troops. The enemy never broke the code. Mr. Begaye was a Battle of Tarawa survivor. When his boat was sunk, he swam for his life to shore. Mr. Begaye was honored by the president in a 2017 ceremony. 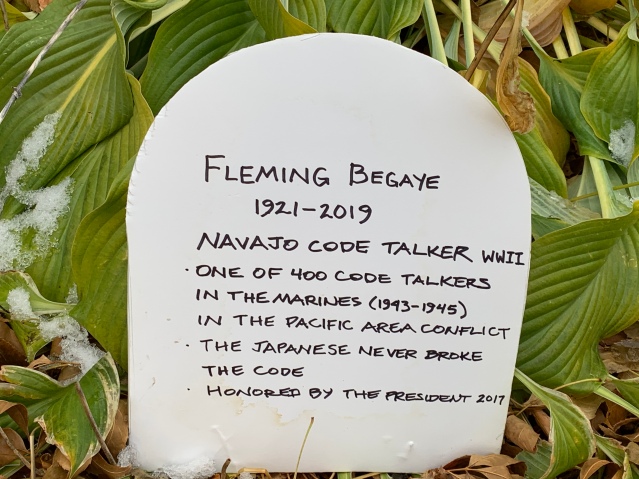 4. Neus Catala I Palleja was part of Catalan Resistance against Franco’s Forces during the Spanish Civil War. She helped save 182 orphaned children by taking them into France and finding them adoptive families. She was a resistance fighter in France with her French husband, carrying secret papers, Catala I Palleja was captured by the Nazis and imprisoned in the Ravensbrück, Germany Concentration Camp in 1943. She was the only Catalan woman in the camp to survive. Then she was moved to Flossenbürg, Bavaria where she disrupted ammunitions production by making faulty shells. When the war ended, she was extremely bony from lack of food, but survived another 75 years. 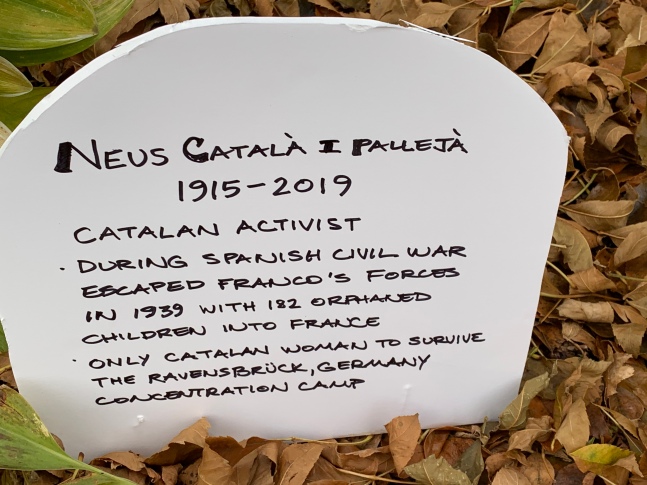 5. Tauto Sansbury was an Aboriginal Narungga man from Australia. He worked to promote justice for Aboriginal people. He promoted political involvement to achieve increased parity for his people. Tauto received numerous awards for his social justice work; Australian Centenary Medal in 2003; Male Elder of the Year in 2014; the Aboriginal Lifetime Achievement Award (National NAIDOC) in 2015, the Dr Yunupingu National Indigenous Human Rights Award in 2015; and was finalist in the Australian of the Year Awards (SA) 2016. He called the 2014 National Freedom Summit to work on community issues which led to the formation of the National Freedom Movement. 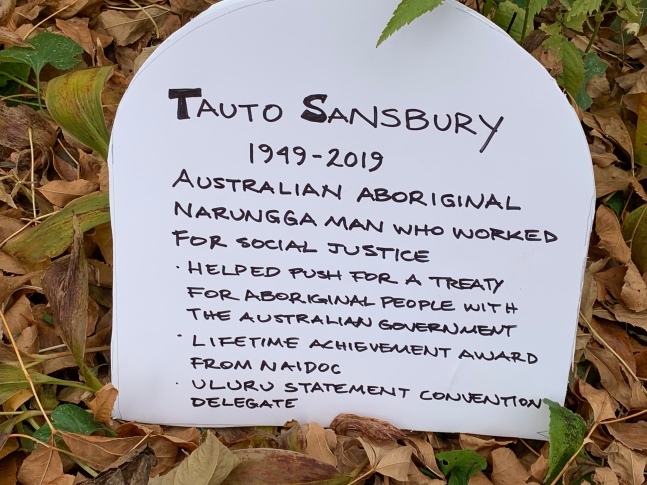 6. Jean Millar Rooke (Jean Valentine), part of the British Women’s Royal Naval Service, was a decryption specialist in World War II. She used the Bombe Decryption device, designed by Alan Touring and others. in the infamous Hut 11 in Bletchley Park, England. They broke the German Enigma code and intercepted messages that changed the course of the war. She was a tour guide at Bletchley Park for many years. 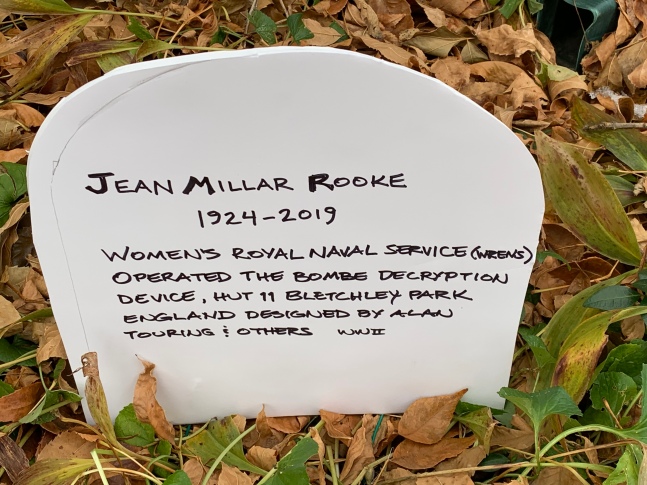 7. John Pinto joined the Marines. He signed up to be one of the 400 Navajo Code Talkers in WWII. Mr. Pinto received a Congressional Silver Medal in 2001 for his service. Then he trained to be a teacher. Beginning in 1977, he was a New Mexico State Senator for 42 years until his passing. Mr. Pinto served on the Education and Indian Affairs committees. The president of the Navajo (Diné) Nation spoke of him as a great Diné warrior. 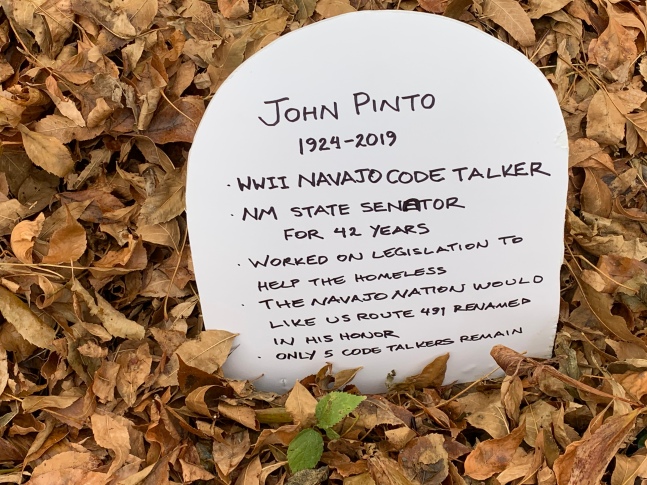 8. (Louis) Levi Oakes was a Mohawk code talker in WWII. 33 languages from the first people of the Americas were used to transmit military messages beginning in WWI and continuing through WWII to the Vietnam War. He served as a code talker in the Pacific, New Guinea and the Philippines. Mr. Oakes was awarded the Silver Star for his service. For 30 years he worked as an ironworker in NY, then he moved back to Canada and worked at the Mohawk Territory Highway Department. 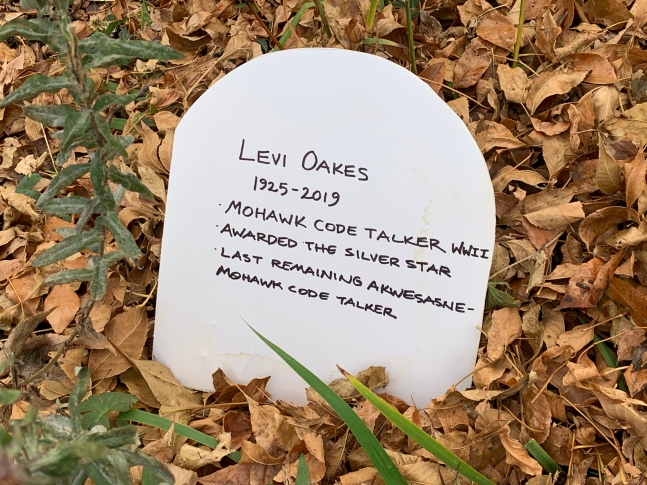 9. Alicia Alonso was a ballet dancer from Cuba. As she reached the peak of her dancing career as a Prima Ballerina in New York, she worked to great acclaim although she was partially blind and had no peripheral vision. Alonso often depended on her dancing partners to guide her. Later, she formed a dance company in her homeland, which became the Ballet Nacional de Cuba in 1955. Alonso’s name is synonymous with ballet in Habana. 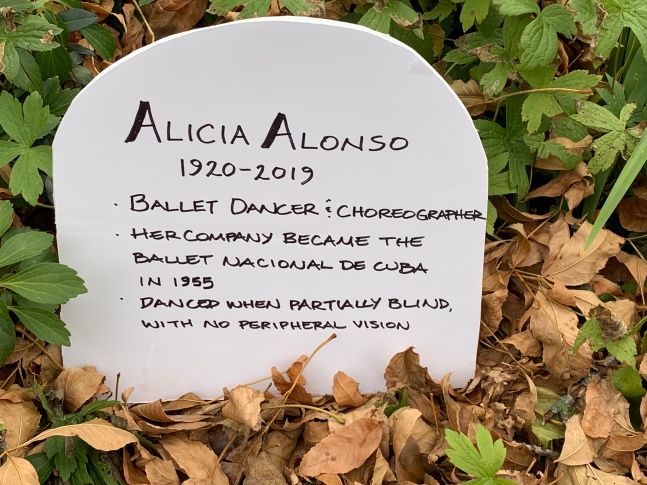 10. Peng Xiaolian was a Chinese film director. Ms. Xiaolian grew up during the Chinese Cultural Revolution and her family suffered great losses. She graduated from the Beijing Film Academy in 1982. She studied for a MFA in the US and returned to China after earning her degree. Ms. Xiaolian was known for her movies about life in Shanghai; Once Upon a Time in Shanghai (1998), Shanghai Story (2004) and Shanghai Rumba (2006). She won four Golden Rooster awards (Chinese Academy Award) for Shanghai Story. 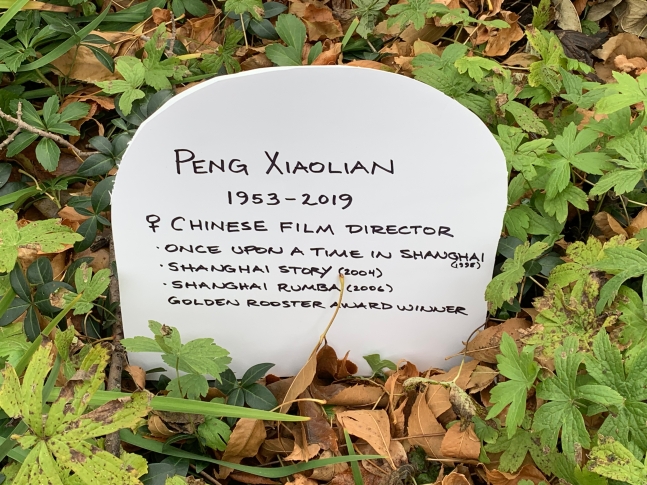 11. Heke-Nuku-Mai-Ngaj-Iwi Puhipi aka Hector Busby was a bridge engineer in New Zealand who turned his attention to Māori traditional Waka boat building. He is credited with restarting the Maori navigational and sea voyage tradition using hand crafted Waka. Crews have sailed his boats throughout the Pacific, proving Māori legends of travel to distant lands. Knighted for his service to the Māori. 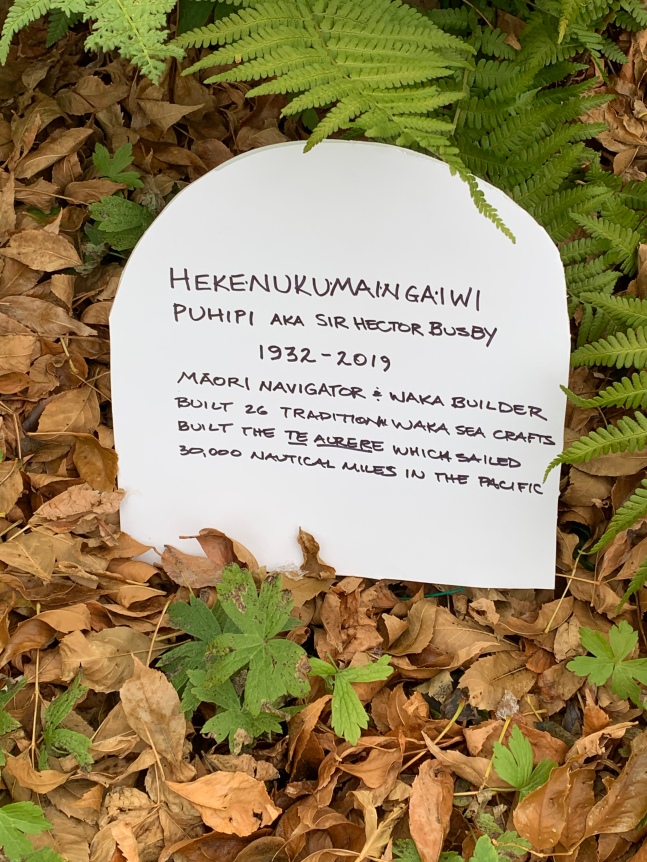 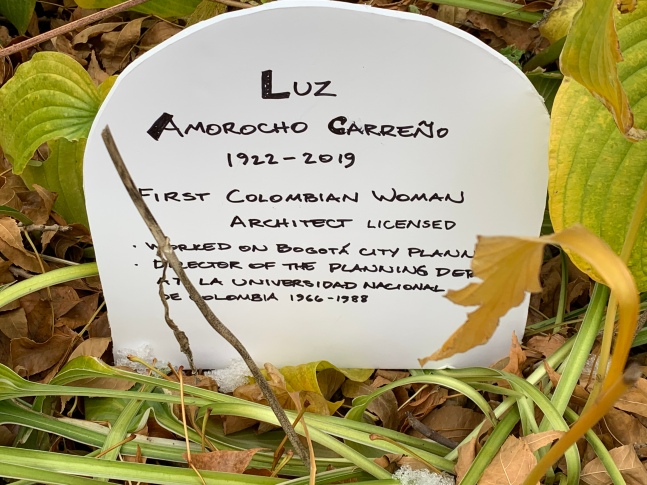 13. Peter Mayhew was a English-American actor. Although he is in all the Star Wars films until 2015, you might not recognize his face, because he played the part of Chewbacca the Wookie, Hans Solo’s sidekick. Mayhew was over seven feet tall, which made him perfect for the part. 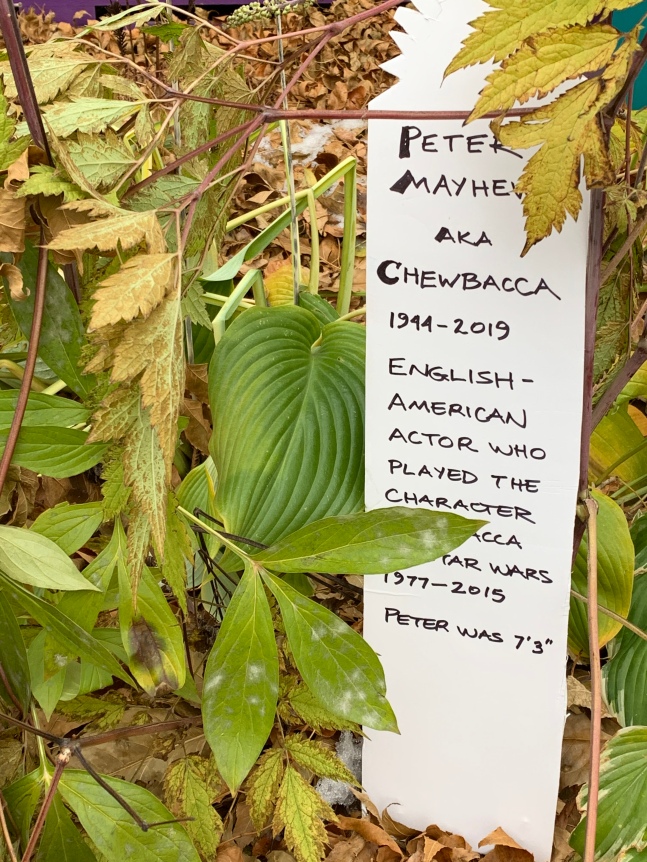 14. Azelia White was the first African-American woman to earn her pilot’s license in Texas, in 1946. Her husband was a mechanic for the Tuskegee Airmen in WWII. Afterwards, the couple began the Sky Ranch Flying Service in Houston, Texas with two of Mr. White’s pilot buddies. Their business provided flights for African Americans during segregation. Mrs. White is in the Texas Aviation Hall of Fame. 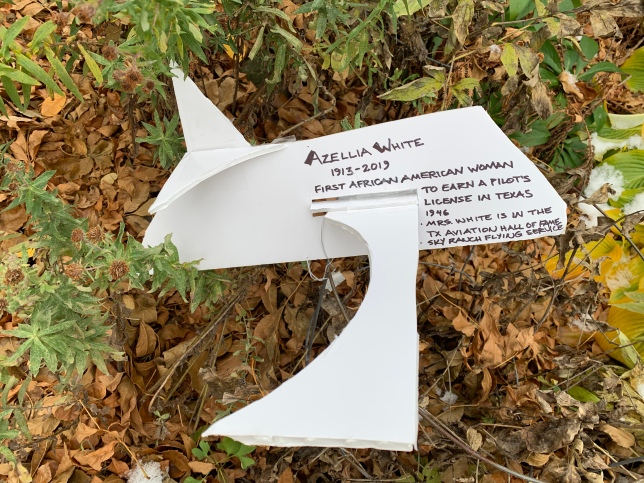 Sr. Emiliano Zapata is a central feature of our graveyard every year. The agrarian revolution he began in 1910 in Morelos, Mexico, is still alive today. ¡Viva la revolución!

Which person who passed on this year was the most important to you?

Your safe space to disclose about life, social issues, books, movies and more. Here you will find texts both in English and Spanish.